Robert Sprachman In The Saddle Again 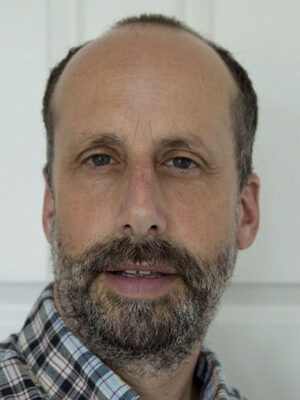 After completing a BA in Interior design, Robert Sprachman enrolled in the Sculpture and Installation program at OCA (now OCAD University) where he graduated, with honours, in 1992. Sprachman has since produced permanent and temporary artworks in Toronto and the United States. He has worked in diverse materials such as cedar shingles, painted and laser-cut steel, aluminum, salt – yes salt, and even blocks of coloured ice.

Upon graduation, Mr. Sprachman searched a location for a site-specific sculpture that would bring him visibility and help launch his professional career. He proposed the Iron Horse to the City of Toronto and raised funds to put it together. Initially planned for a six-month period, the success among the community and media attention prolonged the presence of the Iron Horse for two more years.

“For me, creating public art is about a sense of place,” Sprachman says. “So much of the urban experience is passing through the city without awareness of its history and culture. I researched the Kay Gardner Bridge and came up with the idea of the horse silhouettes – something that would appeal to a broad cross-section of society and all ages – something people would catch out of the corner of their eye and do a double take. It worked very well.”

The original horses were sold. Three are proudly displayed at Windfields Middle School, which sits on land once owned by well-known equestrian E.P. Taylor. “I was thrilled when Midtown Yonge BIA approached me through the City for the new installation,” Sprachman says. “This piece will be there for the future. It’s a win-win situation.”